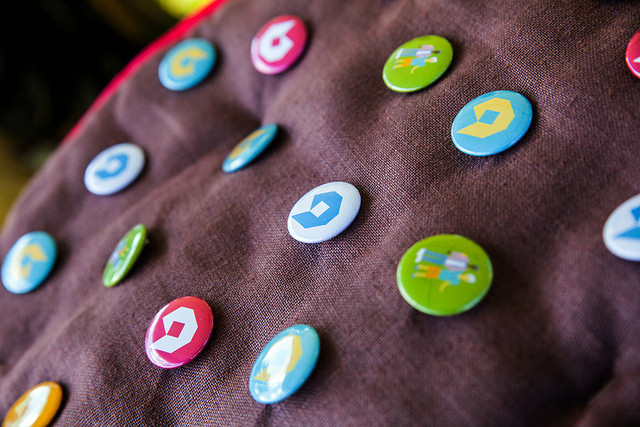 Ask Not What Your Country…

13. August 2016Stuart GarlickBlogArvamus Festival, CSR, equal opportunities, foreigners, Gender pay gap, integration
Estonia is in an interesting place at the moment, seen increasingly as a great spot in which to do business, and as such accommodating increasing numbers of international workers. This, and Estonia’s corporate social responsibility agenda, were covered in two entertaining and informative English-language talks at the Opinion Festival.

The growing number of Erasmus courses offered by Estonian universities is also helping to change the complexion of Estonia. How are foreigners finding life in Estonia, and how good are relations with local people? This was one of the questions considered by the talk on Saturday, ‘Do Non-Native Residents Feel Like Hosts or Guests?’, presented by Estonian World and the Estonia 100 Celebration team.

The panel was moderated by Stewart Johnson, an American long-time Tartu resident who is also one of the stalwarts of English stand-up comedy troupe Comedy Estonia. He raised a point which seemed to elicit several different answers from different people, about the supposed need for children born with two passports to choose if they wish to keep their Estonian passport or another one at the age of 18.

Although Johnson, the guests and the audience discussed the constitutional need for a child to choose, the Estonian state is prevented from taking away a passport, which, if taken literally, means that if an 18 year-old makes no decision, he or she keeps both passports. It was an intriguing point, and one that perhaps ought to be clarified now that more and more children are being born to one Estonian and one foreign parent.

Otherwise, the talk was mostly about cultural difference, race, and understanding of others. There was a discussion of what needs to be done to make foreigners feel more welcome in the cities in which they have settled, with Joao Rey, a Portuguese living in Tallinn, making the point that there appear to be far fewer negative incidents related to a person’s race or nationality in the capital than in a city like Tartu, for example.

Although most of the panellists spoke of at least one racist incident, the talk was generally framed in a positive way, with Johnson, a fluent Estonian-speaker who sometimes performs his comedy acts in the language, closing by reassuring the audience that he and the panel understood the need for Estonian language learning in order for a person to contribute fully to society.

Another English-language talk followed, down in the centre of Paide. ‘Whose Business is Social Responsibility?’ was moderated by Mart Soonik, with contributions from Kristiina Esop, Annika Migur, civil servant Liisa Oviir and outgoing British Ambassador to Estonia Chris Holtby. Ambassador Holtby has only nine days to go on his posting in Estonia, but can be said to have made huge steps to influence positively the international perception of Estonia.

Asked about the challenges of giving his staff a corporate social responsibility requirement, Holtby said how he had made it a requirement in staff’s annual review that they complete a CSR task. He experienced some push-back to that requirement at first, but according to the Ambassador, the response after staff completed tasks in the local community was overwhelmingly positive. He also talked about how there are plans in the Estonian government to axe the need for supermarkets to pay tax if they give away more than 3% of their stock for free. Rimi was alone among Estonian supermarkets in having given away stock to soup kitchens in spite of having to pay tax on it.

There was also discussion of the gender pay gap. Currently recruiters are not required by Estonian law to list a salary in job advertisements, meaning interviewees usually need to name their salary. There is some evidence that women generally ask for a lower salary than men would in the same situation. In response to an audience suggestion that the requirement by law for a listing of salary in the advert might close the largest gender pay-gap in the European Union, Oviir said, “yes, we did suggest it, but we have a coalition government, so it’s not currently an option. We hope it will be back on the table after the next election.”